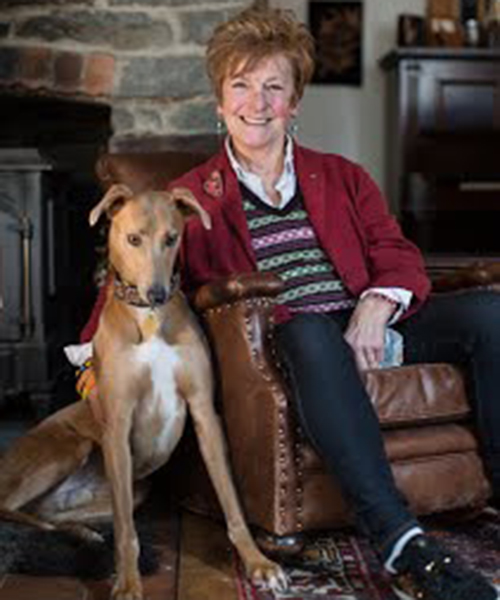 For nearly thirty years I taught at both university and secondary levels. In 2001, following the death of my teenage daughter Caitlin three years earlier, and with the help of colleagues and friends, I discovered in Caitlin’s Kickstart Award a positive way to honour her memory and to provide a fund to help students in this rural area continue their education and realize their dreams.

Caitlin died in April 1998, the year in which the Labour government ended the grant system and introduced the loan system for students wishing to enter further/higher education. Caitlin’s Kickstart Award is a modest but crucial gesture of assistance for these deserving young people in times of the ever-increasing costs of higher education in this country. 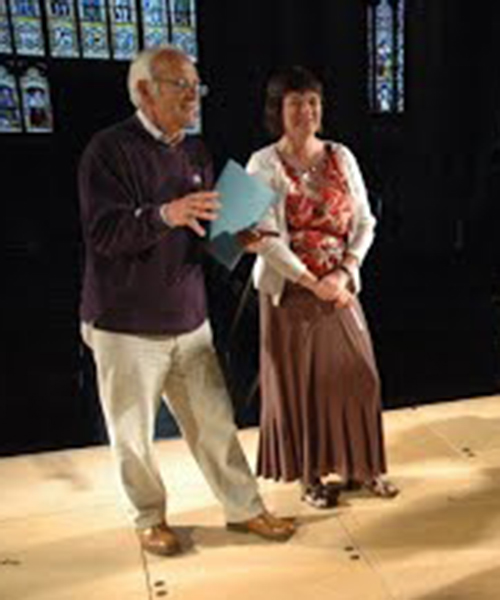 Before retirement in 2005, I was Head of English and Drama at Ludlow College, having taught at the Grammar School and subsequently the College since 1966. I got to know Caitlin when she enrolled on the BTEC Drama course. For the past ten years I have chaired the selection panel and worked closely with Linda in the administration of the Kickstart Award. Retirement is a relative term. I have found the experience immensely rewarding; the Award has enriched and enhanced the educational opportunities of a wide range of students, many of whom had far from conventional or comfortable backgrounds. Following the subsequent careers of Award winners has been fascinating. I certainly hope to continue in this role as the Caitlin Kickstart goes from strength to strength. 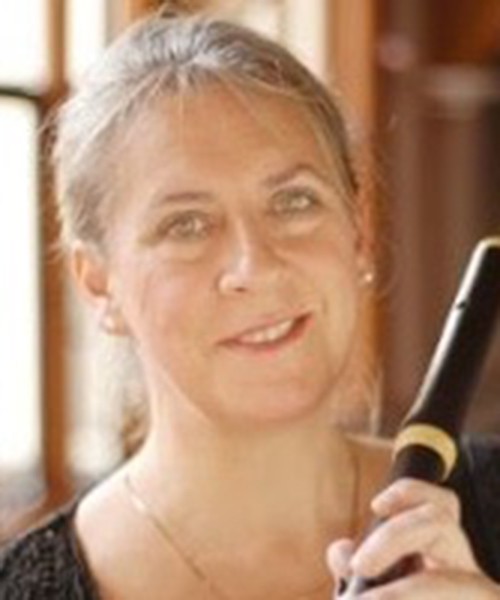 Born in England of Ukranian-Irish descent Lisa Beznosiuk is one of the world’s leading performers on early flutes. In her dual capacities as soloist and orchestral principal, she has travelled throughout Europe, Asia and North and South America, playing a wide range of 18th and 19th century repertoire with some of its finest interpreters. Lisa enjoys teaching and is professor of baroque flute, the Royal Northern College of Music in Manchester and a visiting lecturer at C.E.M.P.R. University of Birmingham. She holds an international reputation as a teacher and coach, and many of her former students are now successful and well-known flautists. She was awarded Honorary Membership of the Royal Academy of Music in July 2006. 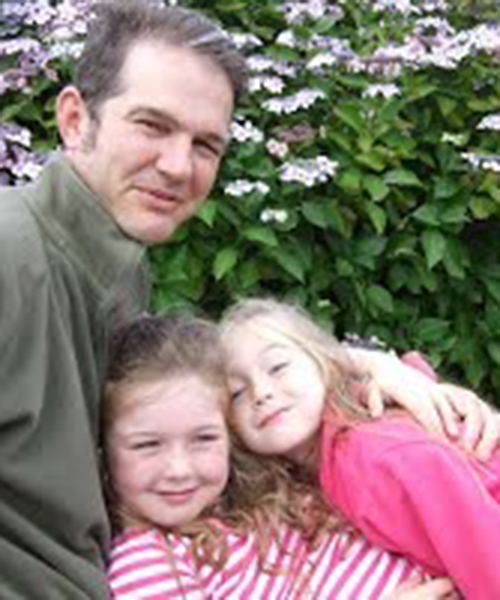 I started teaching in Hackney, London in 1989 and moved to the Clun Valley 1994. I am currently the Headteacher of St John’s CE Primary School in Kidderminster having previously been Headteacher of The Grange Junior School in Shrewsbury and also of Newcastle CE Primary School, a few miles up the valley from Clun. I had the good fortune to meet Caitlin when I was asked to tutor her to help her pass her Maths GCSE. The Kickstart Award is a fitting tribute to the memory of a very special person and I am happy that my past and continuing involvement in this charity is helping local students to enhance their educational opportunities, make the most of their talents and fulfil their potential. 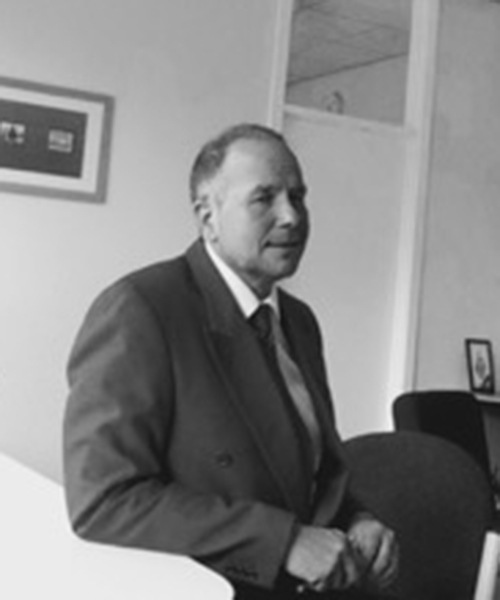 Ian Millward is a co-founder of the Caitlin Kickstart Award. Ian taught Caitlin when she was a student at Ludlow College. He has been involved in a number of fund raising events for the award, including a Jugglathon from Ludlow to Paris, a 1000 mile cycle ride to Santander and an Offa’s Dyke Hike. He has worked in education in England and Wales for 23 years in a variety of roles. 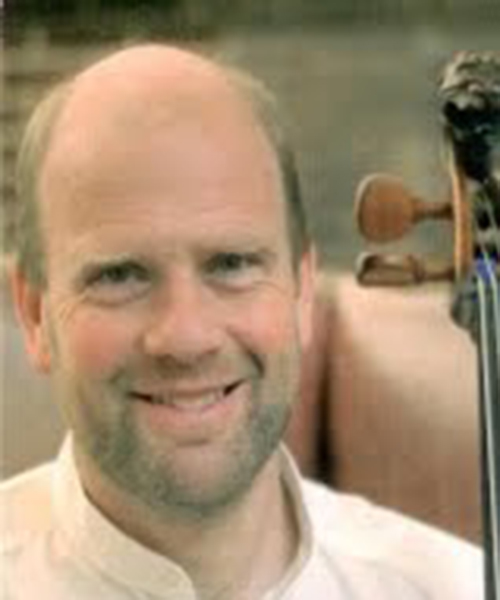 Richard Tunnicliffe studied cello and viola da gamba at the Royal College of Music and now plays music ranging from the Renaissance to the present day on a number of instruments. He is principal cello of the Avison Ensemble and a guest principal of the Orchestra of the Age of Enlightenment. He has been much in demand as a continuo cellist, playing for Opera productions in Glyndebourne and Salzburg (with OAE) and on many orchestral and chamber recordings He teaches Baroque Cello at the Royal College of Music, the Royal Northern College of Music, Manchester, and at CEMPR, Birmingham University, with whom he directed a performance of Bach’s “St John Passion” in St. Philip’s Cathedral, Birmingham at Easter 2007. 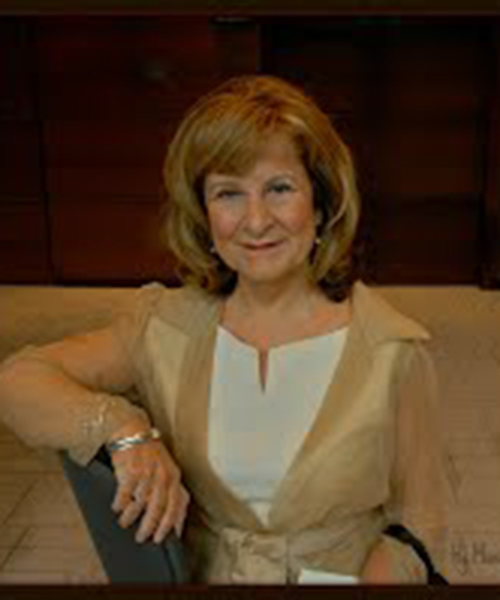 Baroness Helena Kennedy of the Shaws

In the early 90s Caitlin Hurcombe, aged 13, decided she might want to be a lawyer—alongside other teen dreams to be a dancer, an actor, a professional ice skater or marine biologist. It was time for work experience; Caitlin chose law, Helena Kennedy and Doughty Street chambers. Caitlin’s mum thought it might be more realistic to choose a local law firm [ie, in Shropshire] but Caitlin liked aiming high. Thanks to Helena’s generosity Caitlin found herself in London, at the Old Bailey and a murder trial, learning about barrister’s wigs (“horsehair Mum! Yuk!”) and criminal law. And in chambers meeting the flame-haired Quincy Whitaker who inspired in Caitlin an understanding the workings of the law at first hand. When Caitlin returned home, she said she loved every minute, but didn’t think she could be a lawyer because ‘they work way too hard Mum!’

After Caitlin’s death, Helena wrote to Caitlin’s mother Linda, the most beautiful letter, in longhand, leaving her home telephone number, just in case. When the time arrived in 2001 to create an educational scholarship in Caitlin’s memory, inviting Helena was a natural choice. Since the foundation of Caitlin’s Kickstart Award, now Baroness Helena, and the late very great Pete Postlethwaite OBE, graced our small but big-hearted charity as honorary patrons. 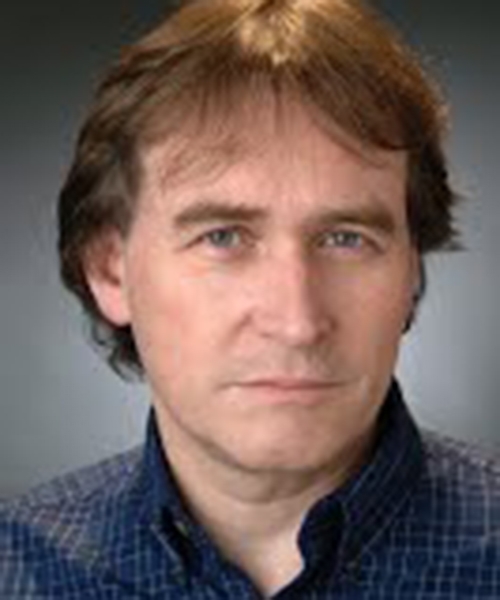 I never met Caitlin but she’s had a huge influence on my life. Puzzled as to what had happened to her daughter, soon after she died Caitlin’s mother Linda came to see me one day, and the course of my life changed. Caitlin through Linda felt like a living force. A journey started for me that led to the discoveries that most of the supposedly scientific articles about the medicines we all depend on are ghostwritten, that no-one has seen the data behind any of the articles on any of the drugs we take, and that anyone who even tries to raise questions about the drugs ends up being ostracized.

Caitlin now stands in my mind at the head of an army of people – from men in their 80s who driven to distraction have butchered themselves or their wives to toddlers who have dropped dead on drugs that until very recently would never have been given to children. This is not an army set on revenge. She has always felt to me like someone who wants to bring good out of evil – she is a force for life. Like Pete Postlethwaite, one of her posthumous patrons, she is someone who gives a voice to things. Long may she do so. 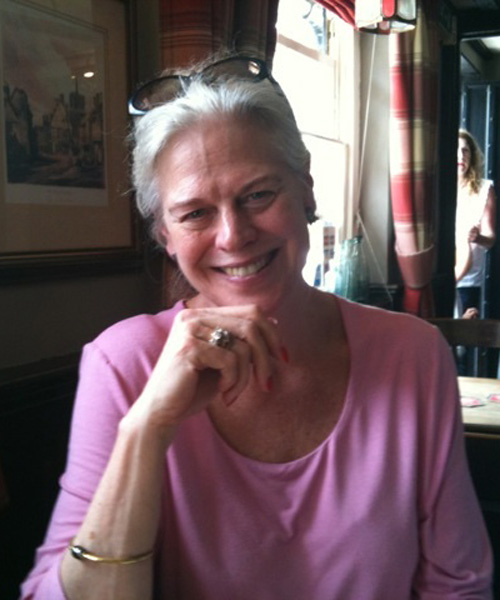 I taught in the States for a few years before coming to The American School in London where I taught middle school English and history, including to Caitlin and Sean (1976-2010). Since then I have had a private business, Master Classes, partly in league with The American School, offering courses to the general public, but especially to the ASL parents, on English history and literature. I have published three novels, two with Penguin, for young adults (Power and Stone, about Hadrian’s Wall, and Shield of Fire, about the battle of Marathon) and one for adults, self-published, You’ll Love It Here. I find when I fill out the Customs form at airports that I always write Occupation: teacher. I could put author -but it is that moment of understanding and transference between me and the other (a child, an adult) that is most important to me. I felt that very much with Caitlin and with Sean. I am honoured to be part of Caitlin’s Kickstart to help promote more students to go to university and have such moments with their teachers. 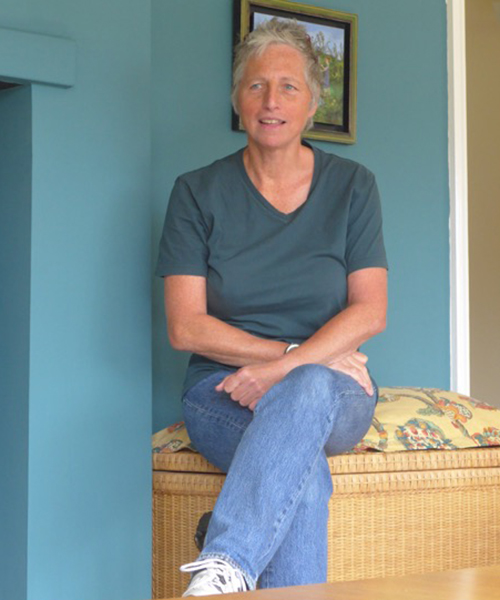 Dr Carol Small has offered invaluable administrative and financial skills to CKA as Trustee/Treasurer and in developing our original website. The pressure of work has meant that Carol is saying farewell as Trustee and Treasurer. We will miss her. 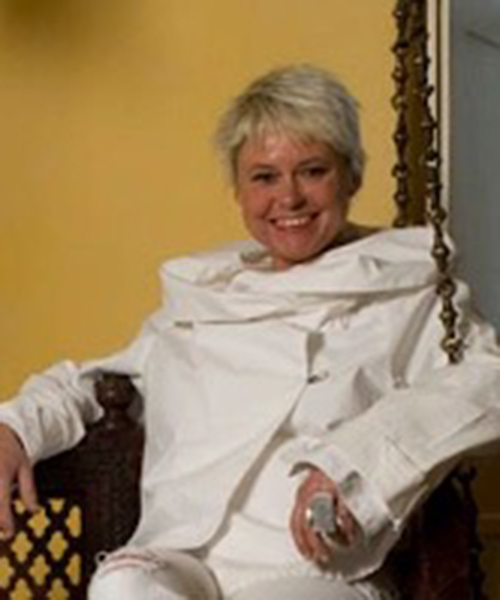 Amanda was born locally in the Knighton area. Having studied at West Surrey College of Design and Massachusetts College of Art and Design in the US, she followed a career in the arts and became a glass maker with a studio outside Ludlow. Amanda Brisbane Glass Ltd, set up in Stanton Lacy in 1999, employs 3 people and makes all its own glass to Amanda’s own recipe. Amanda’s studio has an international brand name and sells worldwide, from Abu Dhabi to Panama. Sadly Amanda unexpectedly passed away whilst on business in Dubai in March, 2016. 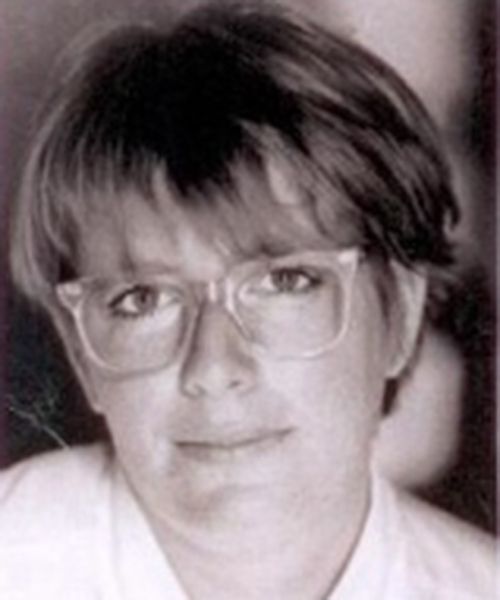 Mary Ann Hayter was a gifted graphic designer who created the original logo and letterheads for Caitlin’s Kickstart. With the support of her husband, distinguished cricket correspondent and author Peter, Mary gave freely of her expert advice and inspiration to our team of trustees and Ludlow College colleagues. Her computer skills were of particular help to Linda. And on fun days, they went shopping–Mary quipped that she had a black belt in shopping!

Following a devastating stroke in 2003 Mary continued to offer her advice, wit and skills to the scholarship selection team. In June 2013, suddenly, she sadly passed away, aged 57. Following Mary’s funeral in St Giles, Ludlow, the donations offered for Caitlin’s Kickstart Award amounted to over £3000 in Mary’s memory. In 2014, The Mary Hayter Memorial Award was established as part of CKA, specializing in awards for students with disabilities. 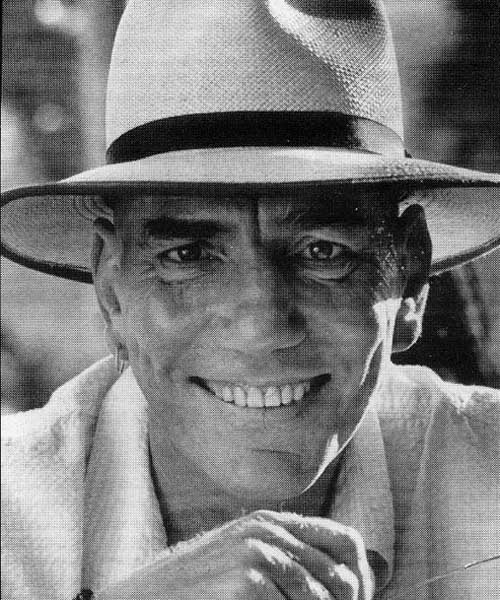 Peter William “Pete” Postlethwaite, OBE, was a world acclaimed star of stage and screen, and active supporter of CKA from its inception. When Linda learned that this brilliant human being also lived locally, she wrote him and invited him, along with Helena Kennedy QC, to be an Inaugural Honorary Patron of CKA: ‘Dear Pete Postlethwaite,’ she wrote, ‘I’m writing you because you are a star and you live locally… and also because one of my students says you send your own kids to local schools and are a sound bloke.

This is NOT a begging letter.’ To Linda’s forever delight, Pete rang and met Linda over a burger at the Engine and Tender, and agreed to be our Hon. Patron. In subsequent years Pete has raised thousands of pounds and became a personal inspiration and mentor. His one-man performance of Justin Butcher’s Scaramouche Jones was a sell-out at Ludlow Assembly Rooms. But he also spontaneously and not infrequently just sent private donations, in his words, ‘as and when’. For example, when Pete learned that Caitlin’s boyfriend Jamie Housman, had broken a leg and had to pull out of running the London Marathon for CKA, Pete sent a fat cheque on behalf of Jamie. Losing Pete in January 2011 left countless people bereft. He was truly a ‘gift from God – a wonderful human being who enriched us all in love.’